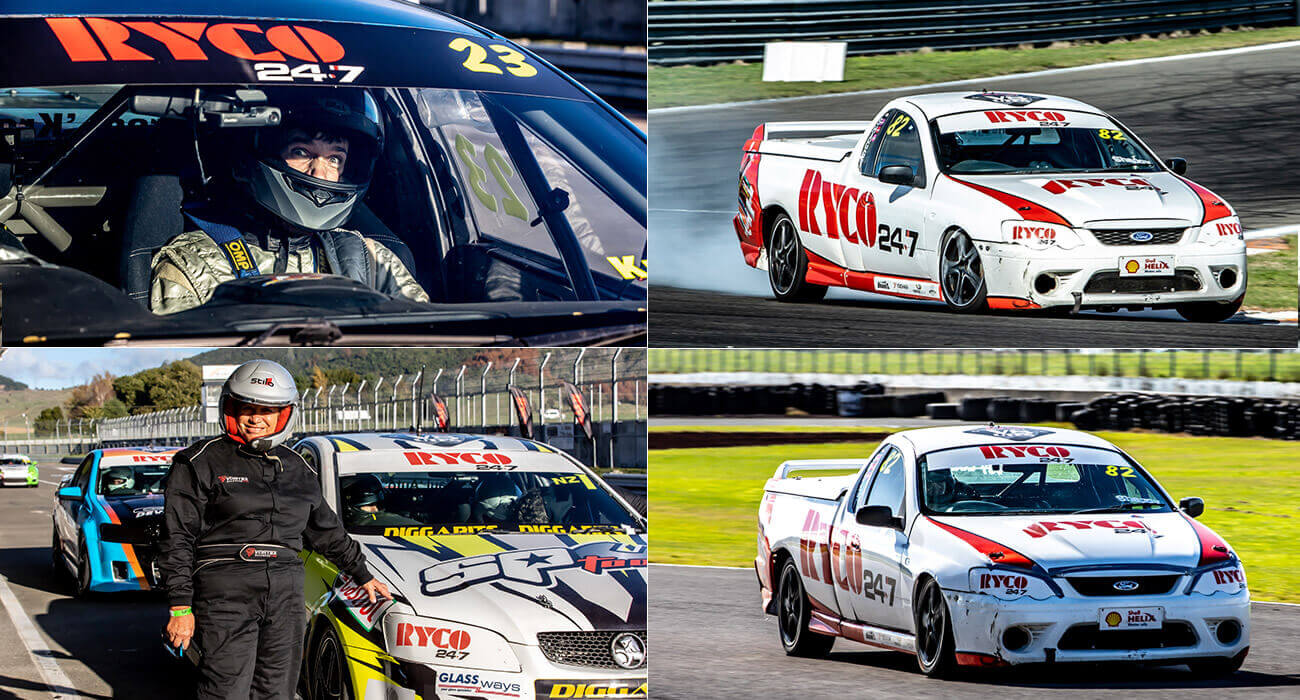 Coming into the final round of the RYCO 24•7 NZ V8 Utes Racing Championship, Paul Manuell had a big lead. Yet with the season’s largest field assembled for the Bruce McLaren Motorsport Park event, it wasn’t going to be easy for him.

Come Race #1 that afternoon, Manuell stormed ahead of the pack. By lap 2, Manuell was stretching his lead, but nothing could separate positions 2 to 5 as the Dias/Rudd/Ward/Gibson show hit the road. Lap after lap, they traded blows but not places.

The reverse-grid Race #2 on Sunday morning, a strong contingent of RYCO 24•7 staff and customers looked on at such intensity and rivalry between the drivers.

With Manuell now holding an unassailable championship lead, Race #3 late in the afternoon would decide the remaining places. The intensity showed right from the start as Manuell, Rudd, and Dias ran three-wide around turn 1, Manuell eventually getting his nose in front.

Come to the final lap, he carried a huge lead through to the chequered flag; such was the dominance of Manuell, to become a second-time winner of the RYCO 24•7 NZ V8 Utes championship. As the curtain came down on his V8 utes career, RYCO 24•7‘s Caroline Thompson presented Manuell with his trophy at the evening’s prizegiving.

Manuell leaves the V8 Utes category in a strong position, clearing the way for a new champion to emerge as the new season begins in late 2021.