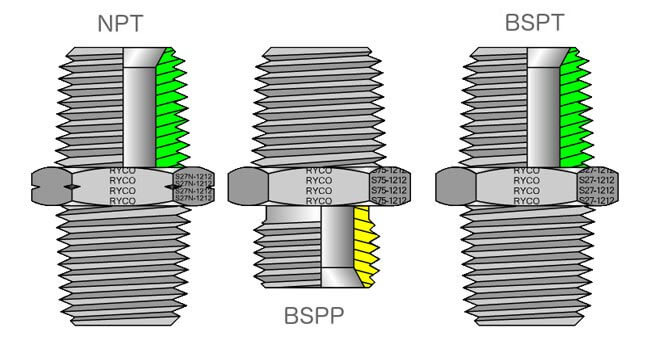 The three types of hydraulic connectors and their two key functions

It provides basic information about the three main classes of hydraulic connectors:

It’s important to understand that there are two functions that a hydraulic connector must fulfil:

Sometimes the holding and sealing functions are provided by the same mechanism, and sometimes by two different parts.

Hose connectors may seem very confusing because of the many different types available.

However, when looking objectively, connectors will always simply do two things. Hold, and seal under pressure.

Hydraulic connectors were developed in this order:

Tapered pipe threads were one of the first ways to connect pipes together.

They involve cutting the pipe thread in a tapered manner, so that the diameter of the pipe changes over the length of the fitting.

Tapered pipe threads can also be difficult to orient correctly, leading to poor sealing and leakage.

Tapered threads can also cause damage to other components, including deformation of aluminium and cracking of cast iron, due to the pressure of the steel pipe thread within the component.

They also can’t be connected to hydraulic tubes without soldering or welding of the tube to the part.

Metal seal connectors were developed to address some of the limitations of the tapered pipe threads. 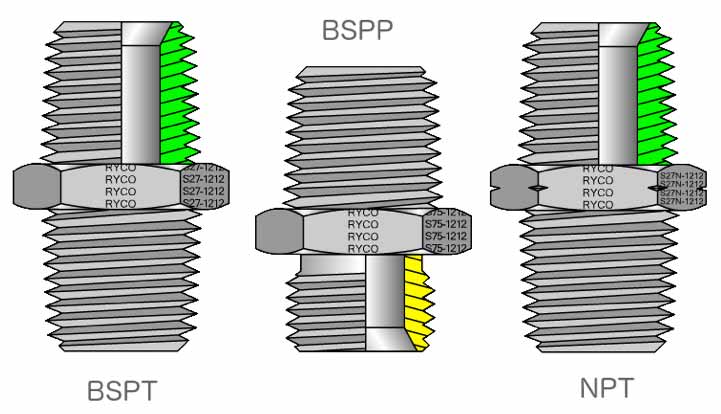 A metal seal connector is basically a tapered pipe thread with the addition of a 30 degree machined face, to form a seal.

This feature is generally only in hydraulic systems, because of the high pressures that need to be dealt with.

The addition of the “chamfer” on the face of the thread split the holding and sealing features of the connector.

The thread does the holding and the machined face does the sealing.

This modification also makes the connector easier to orient, better sealing, and eliminates the need for a sealant.

However, metal seal connectors still can’t accept hydraulic tube unless the tube is soldered or welded to it, and they can also have issues with vibration.

The JIC connector is a further development. It has a 37º metal seal and can accept hydraulic hose and tube. BSP Thread, BSPT, BSPP and NPT are common types of threads used in metal seal connectors.

Soft seal connectors are the most recent development in the evolution of hydraulic connectors.

They make use of an elastomeric seal – natural or synthetic – to prevent leakage. 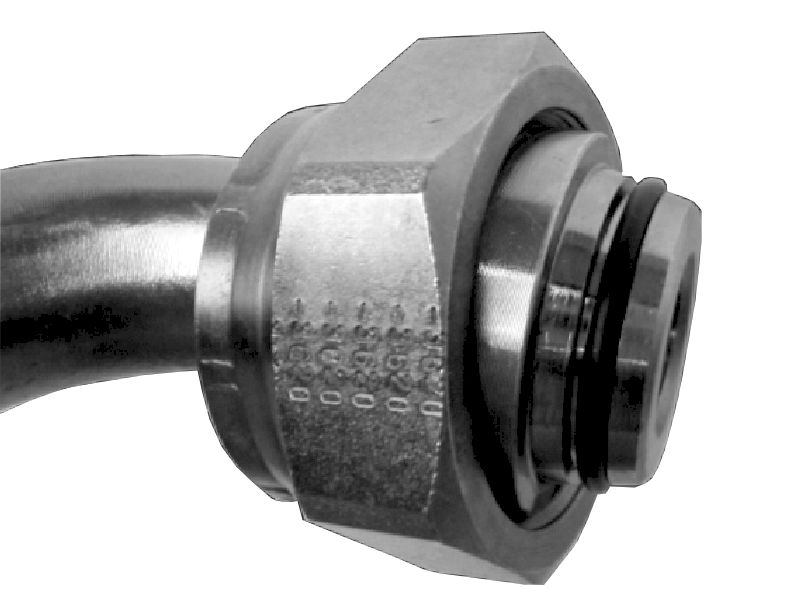 The soft seal also helps connectors resist the effects of vibration, as well as the high-pressures used in many hydraulic systems today.

The seal in a soft seal connector usually takes the form of an O-ring.

Another advantage of soft seal connectors is their rapid assembly, which can be important in high-volume production environments.

The main limitation of soft seal connectors comes from the fact that performance of the o-ring can be affected by temperature and the system fluids, if they’re not compatible with the elastic substance. 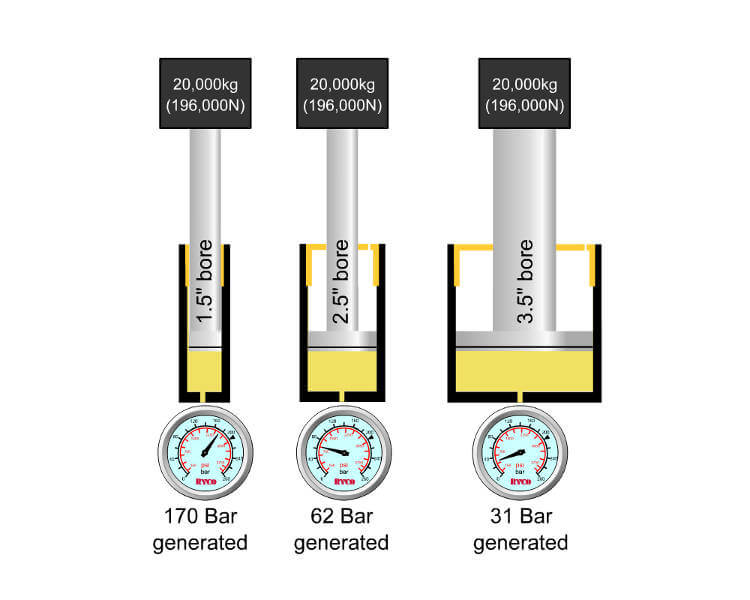 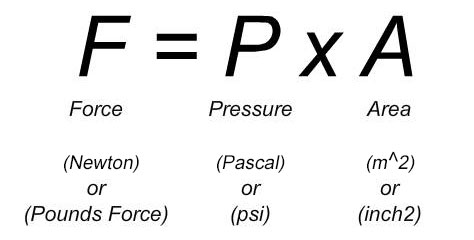 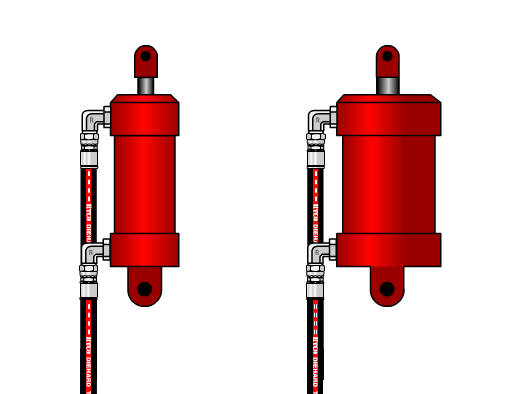 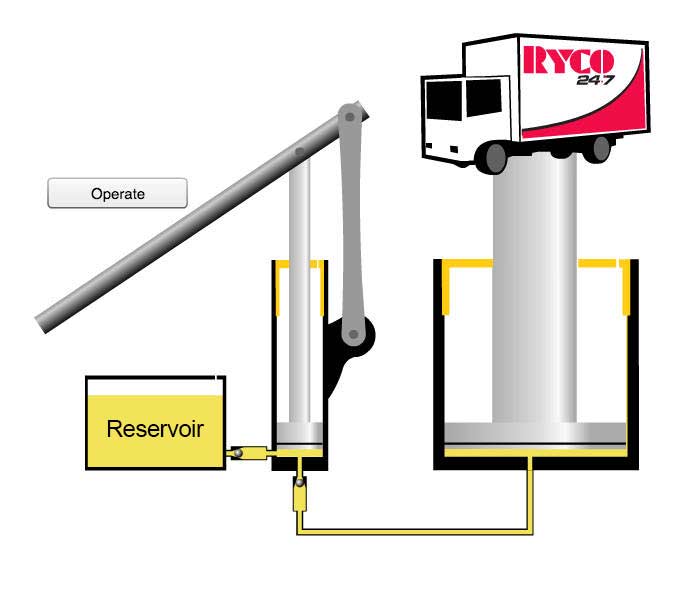 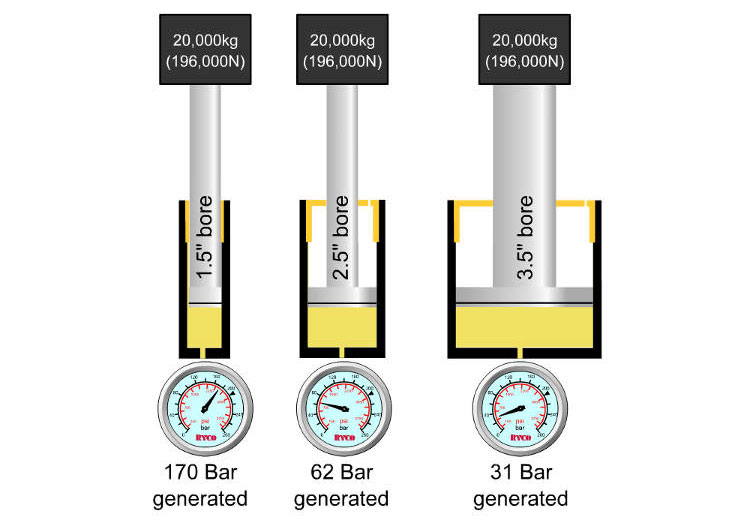