Tapered pipe thread hydraulic connectors have an outside diameter that is cut on a cone.

This results in sides that are not parallel.

BSPT is a tapered thread. This means that the outside diameter of the thread is cut on a cone. 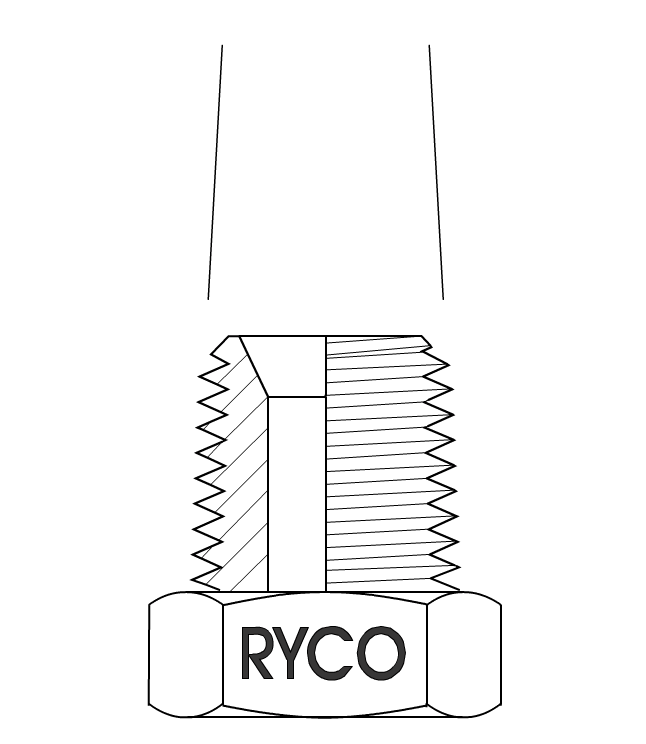 The sides are not parallel.

This is approximately 1 degree, 47 minutes. 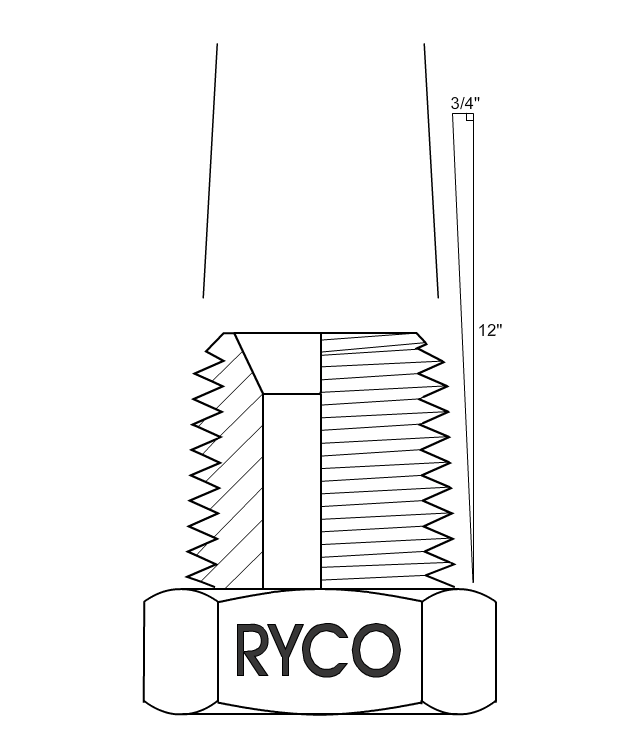 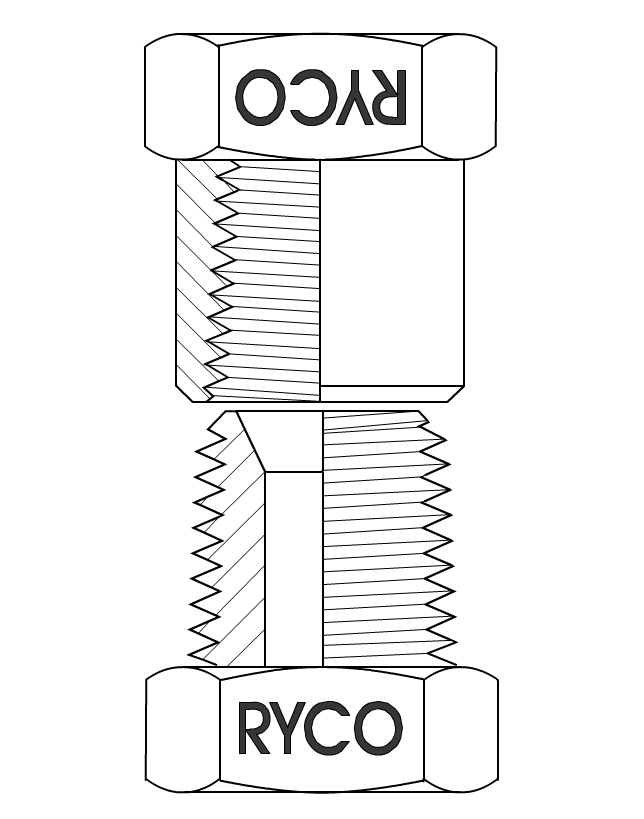 As BSPT ports seal directly on the thread, the only machining required is drilling the hole and tapping the thread.

BSPT threads can also be used as a machined seat connector. 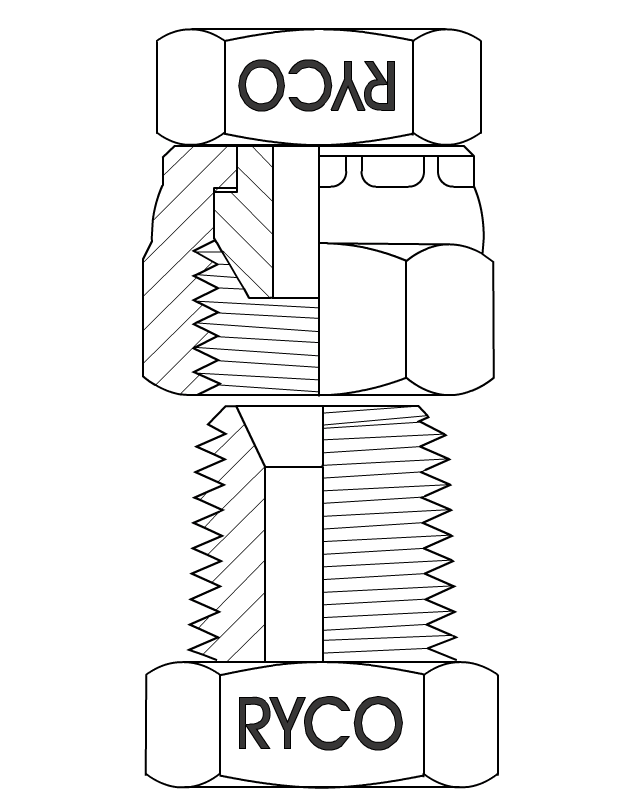 The thread used in the female swivel is parallel, BSPP.

This is so that the connector bottoms out onto the sealing face.

The female swivel is made as a two part assembly.

The majority of these connections use a crimped nut. 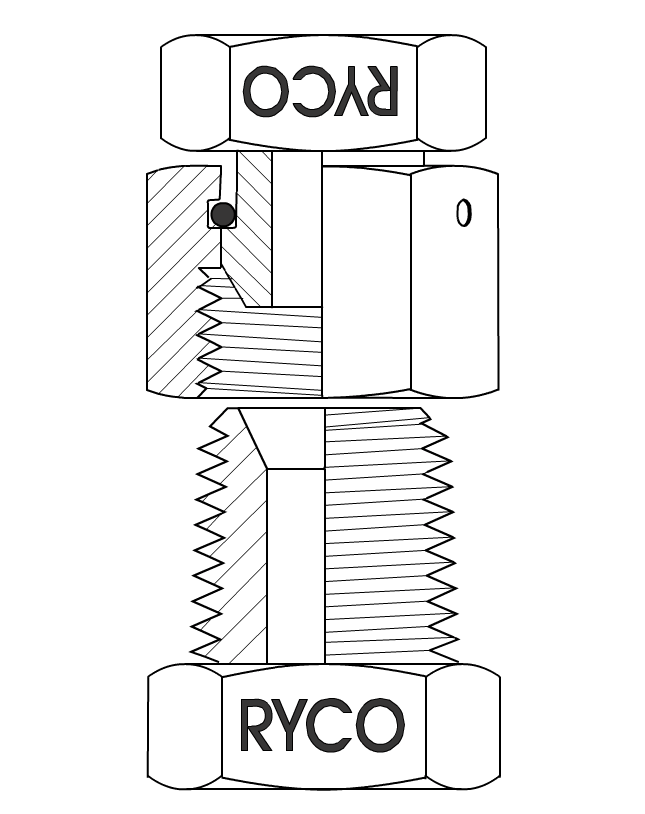 NPTF is a derivative used in hydraulics. The “F” means that it is modified for fuel use. 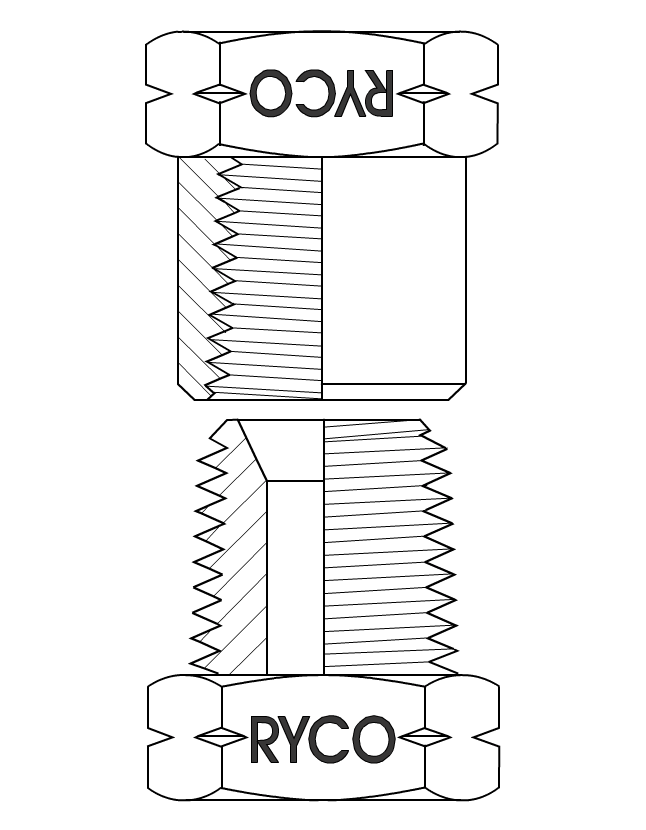 NPTF threads have controlled truncation which means that the roots and crests of NPT threads fit more closely with their mating parts than most other threads.

For this reason, NPT threads feel “sharper” than their BSPT counterparts. 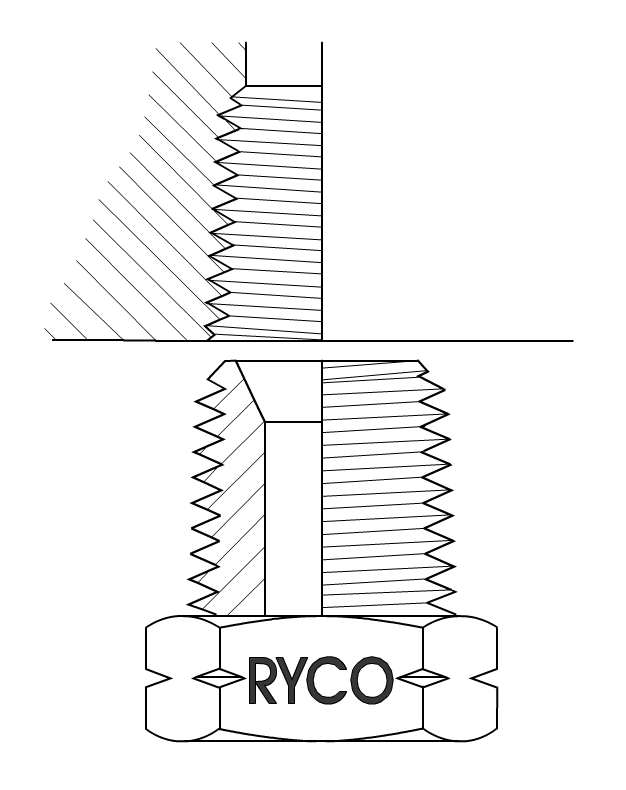 NPT port threads will look identical to BSPT ports, but it is important that NPT threads are not interchanged with BSP threads.

When NPT threads are used as machined seat fittings, a parallel female thread is used.

This is to ensure that the threads bottom out on the machined seat.

All RYCO NPT parts are extemally grooved or notched so that they can be easily identified. 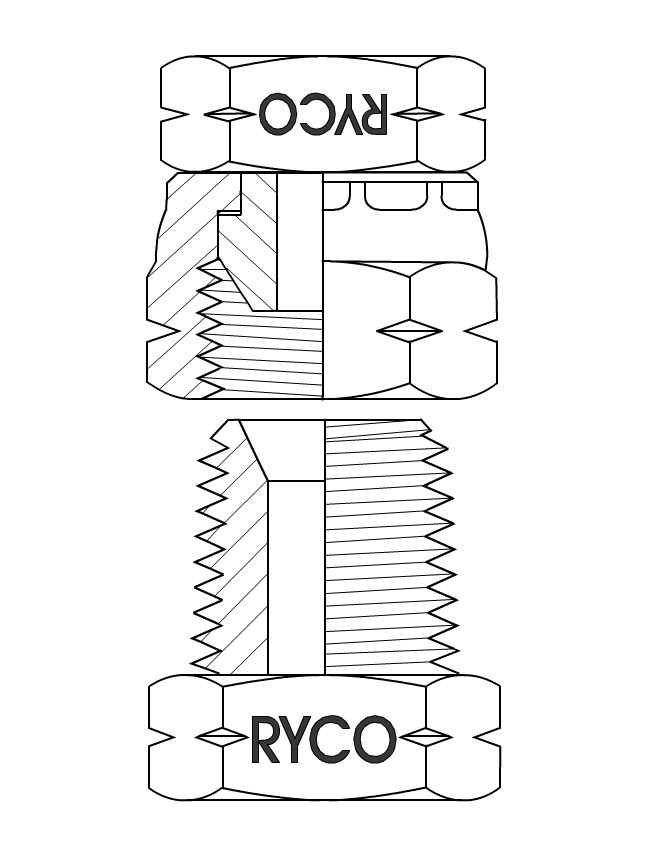 A notch results when a groove is machined in a hex. 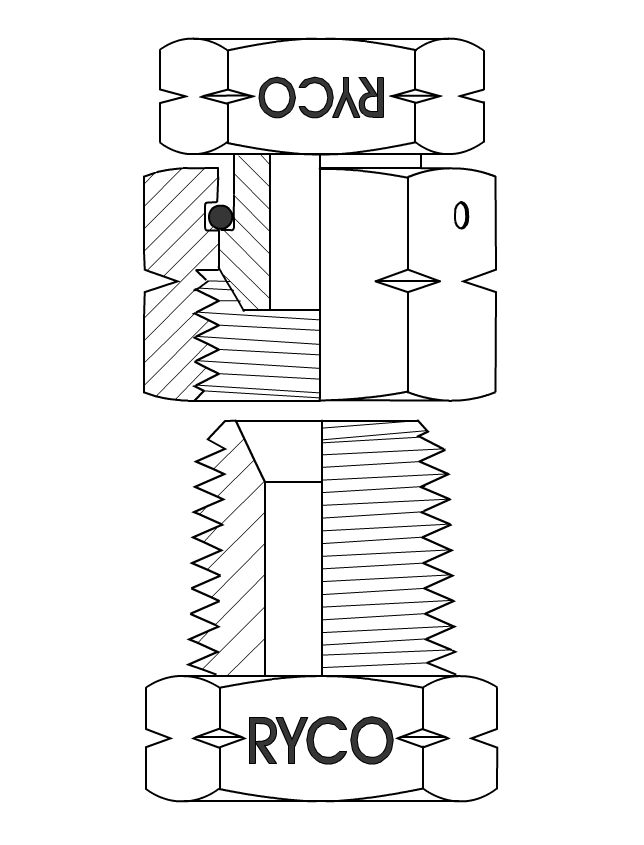 NPT threads are the preferred thread for very high pressure systems such as jacking systems.

Pipe threads are mechanically very strong because the thread length is generally twice as long as that of an equivalent sized thread such as JIC.