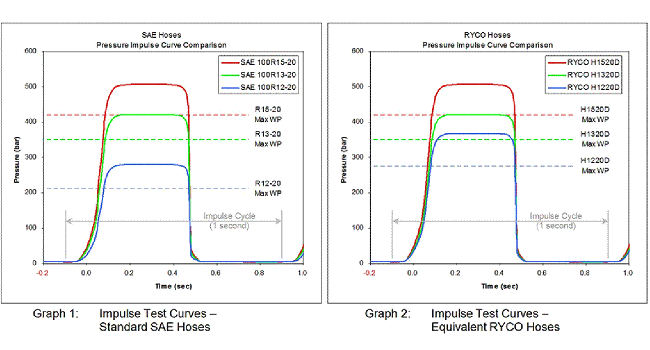 The shape of this impulse curve is strictly controlled to ensure standardised, consistent test results.

The rapid rise and fall of the pressure increase and decrease cycles must fall within the shaded limits. 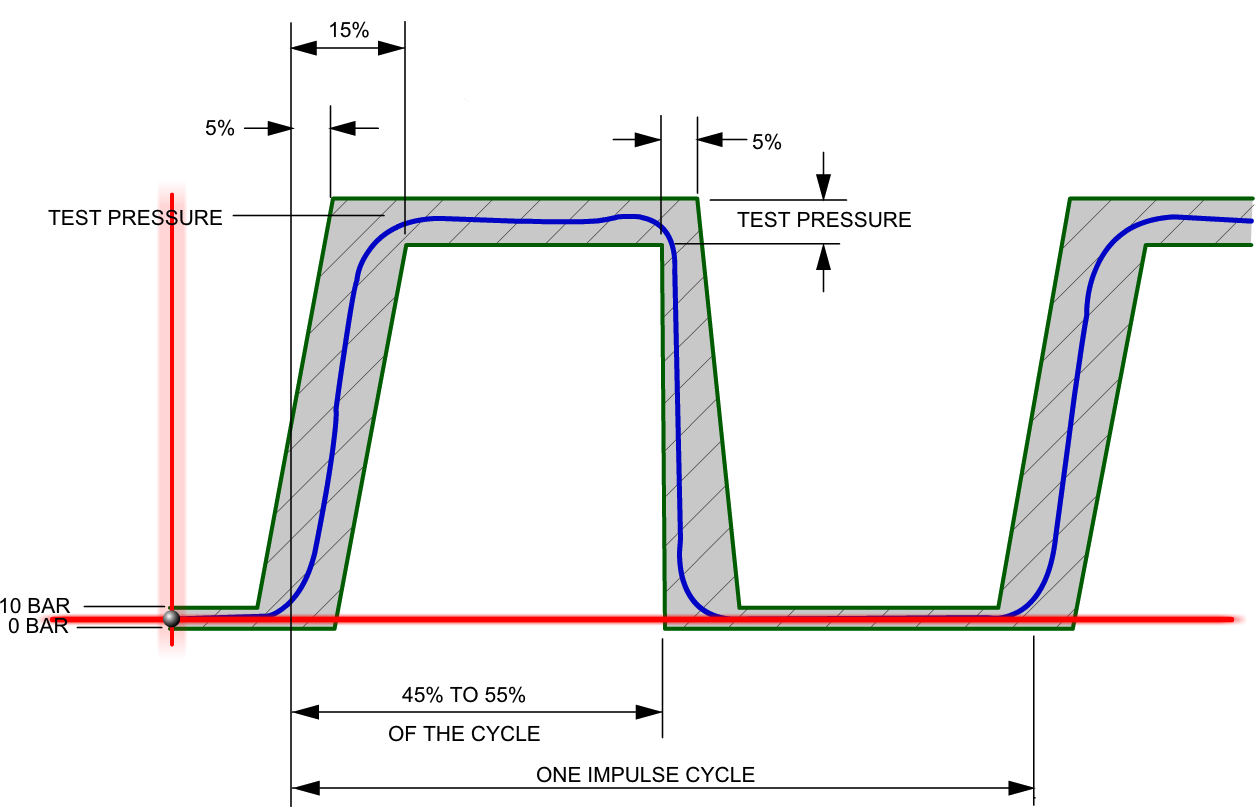 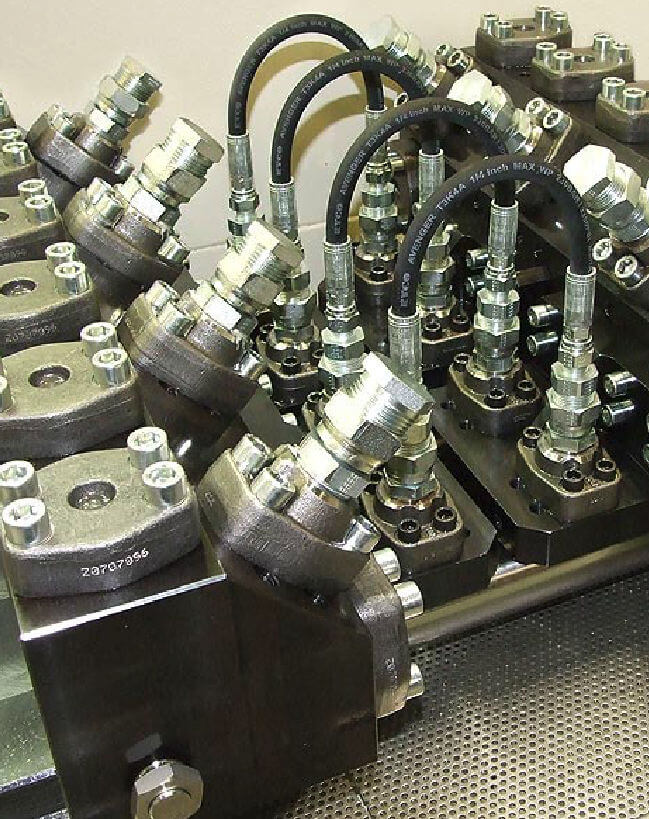 Four ‘unaged’, or new, hose assemblies must be tested, and all four must pass the impulse test. If any one assembly fails, the test is failed. It is a tough test.

The rapid pressure increase is like hitting the hose with a sledgehammer, each second for more than 55 hours! It is even more difficult for spiral reinforced hoses.

That is almost 140 hours to complete the test at one cycle per second!

For example, 1″ SAE 100R12 four spiral wire reinforced hose with an SAE maximum working pressure of 276 Bar (4,000 PSI) and maximum working temperature of + 121 c would be tested as follows:

Additionally, if the hose manufacturer claims higher temperature or higher working pressure capabilities, the hose couplings must be tested according to the higher levels. 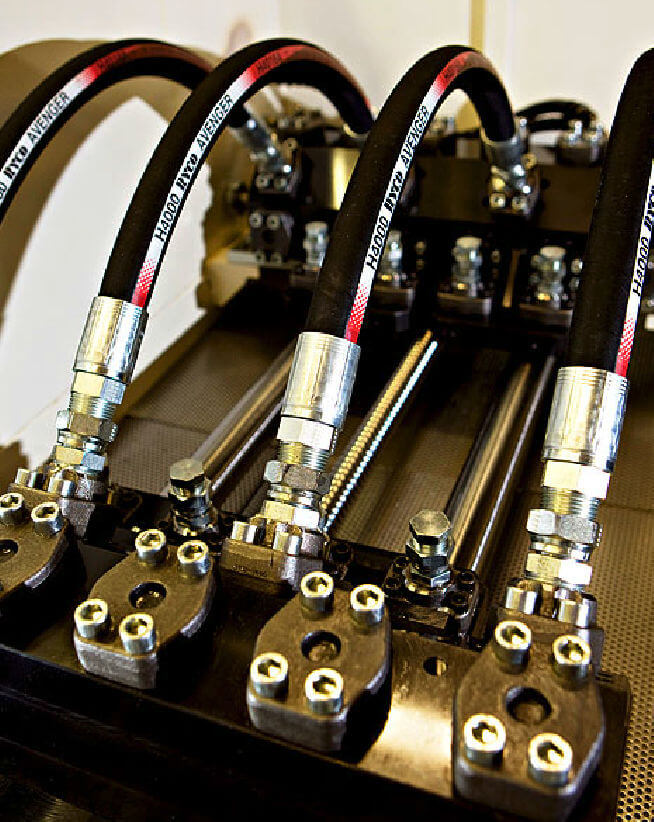 This graph shows impulse test curves for hose types that meet the SAE pressure on the left, and for RYCO products on the right.

Note that the test pressure for R12 hose is higher for the RYCO product.

When impulse testing, the hoses appear to become tighter, and then release back to their previous position.

The point where they are tight is the high pressure phase of the impulse curve. 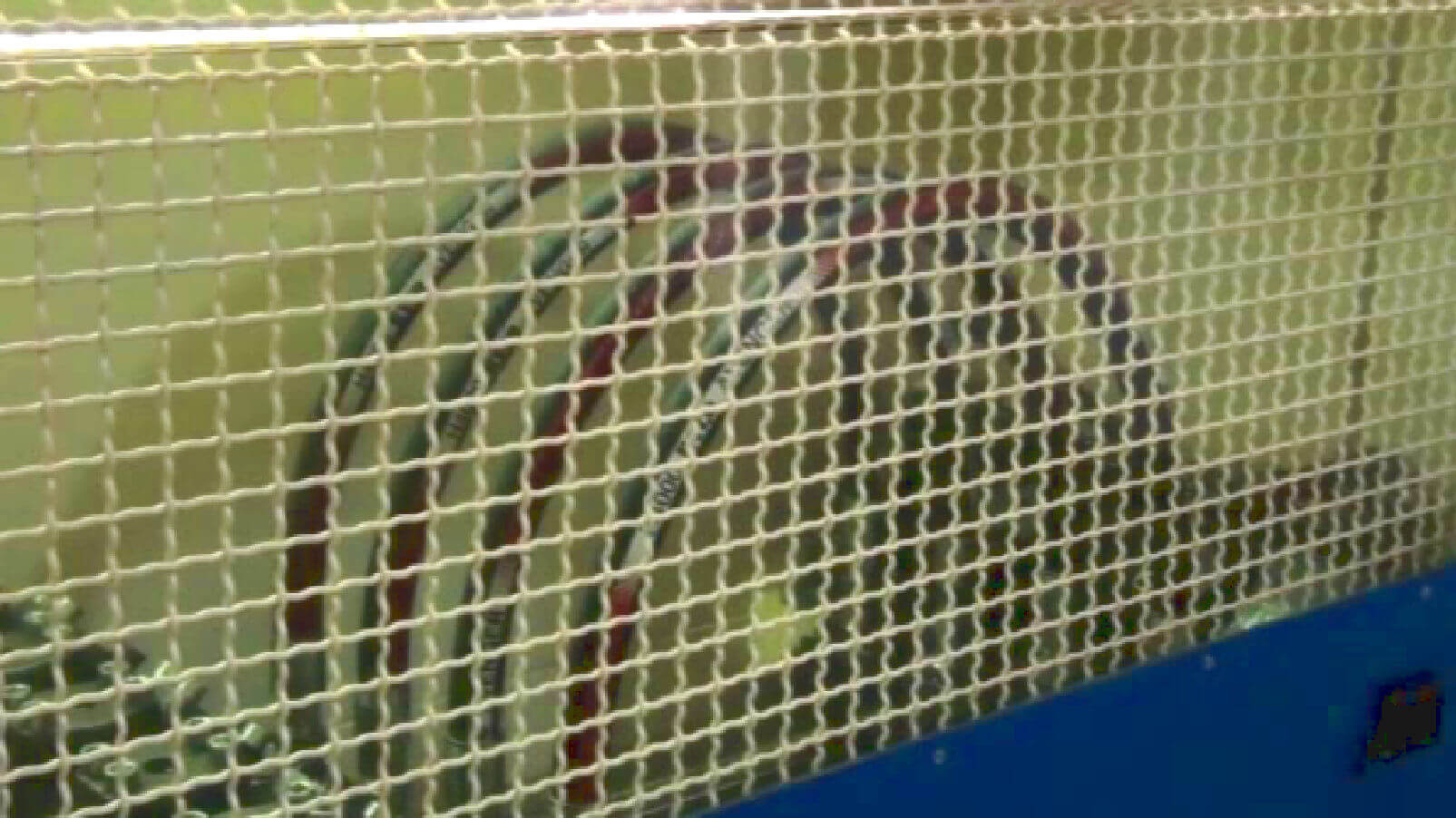 During the impulse test, all the working conditions of the hose are at the highest and most demanding levels.

In typical applications, working conditions are nowhere near as severe as an impulse test, so in use, the hoses may last longer than the number of impulse cycles that the SAE and / or DIN specifications require. 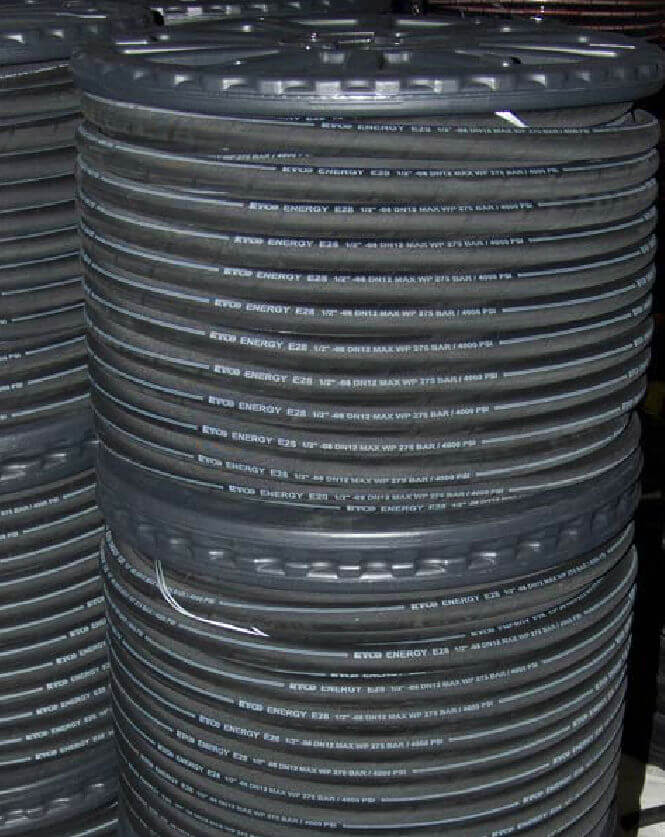 This logarithmic graph can be used to estimate the number of impulses a given hose assembly will withstand at given pressures.

This point is where a hose assembly is expected to fail at its Minimum Burst Pressure (MBP), which is 400% of its Maximum Working Pressure (MWP).

As the assembly is expected to fail at this pressure, it can be considered to fail after one impulse.

This point is where the hose assembly is expected to achieve the specification requirements for that hose type. In this case, 200,000 cycles at 133% of Maximum Working Pressure (MWP).

The PN curve can be used to estimate an accelerated impulse test.

The PN curve can be extended to estimate the expected impulses at or below Maximum Working Pressure.

However it can not be expected to be any more than a ‘rule of thumb’ as the number of expected impulses becomes so high it becomes less likely to be to achievable or even possible. At this point, the hose will be affected by ageing before mechanical fatigue.

The 4: 1 factor of safety applies to the hydraulic hose assembly and not to the connector terminations.

These terminations have the same factor of safety that is shared by all other components of the hydraulic system i.e. 2.5:1

Hose assemblies require a higher factor of safety because being flexible, they are subjected to more dynamic stresses and influences than other system components such as valves, actuators and tubework.

Download our 15 Keys To Selecting The Right Hose guide today and make sure you select the right hydraulic hose for your next project.

Stay in the RYCO Know How

To learn more about RYCO products, news and events, sign up to our newsletter here.

This website uses cookies to improve your experience while you navigate through the website. Out of these cookies, the cookies that are categorized as necessary are stored on your browser as they are essential for the working of basic functionalities of the website. We also use third-party cookies that help us analyze and understand how you use this website. These cookies will be stored in your browser only with your consent. You also have the option to opt-out of these cookies. But opting out of some of these cookies may have an effect on your browsing experience.
Necessary Always Enabled
Necessary cookies are absolutely essential for the website to function properly. This category only includes cookies that ensures basic functionalities and security features of the website. These cookies do not store any personal information.
Non-necessary
Any cookies that may not be particularly necessary for the website to function and is used specifically to collect user personal data via analytics, ads, other embedded contents are termed as non-necessary cookies. It is mandatory to procure user consent prior to running these cookies on your website.
SAVE & ACCEPT
WordPress Image Lightbox Plugin