BSPT & BSPP THREADS
British Standard Pipe (BSP) is a family of technical standards for threads that has been adopted internationally for interconnecting hoses and fittings by mating an external (male) thread with an internal (female) thread. British Standard Pipe threads are similar in function to NPT threads, but are generally not interchangeable.
There are two types of BSP threads:

BSPT Pipe Threads can be combined into two types of joints:

1. Jointing Threads: These are pipe threads where pressure-tightness is made through the mating of two threads together. They always use a taper male thread but can have either parallel or taper female threads. (International standards require all female threads to be parallel.)

2. Long Screw threads: These are parallel pipe threads used where a pressure-tight joint is achieved by the compression of a soft material (such as an o-ring seal or a washer) between the end face of the male thread and a socket or nipple face, with the tightening of a back nut.

British Standard Pipe threads are similar in function to NPT threads, but are generally not interchangeable.

BSPT male threads seal against threads of fixed BSPT female.
Contact is made on the flanks of the threads.

Use of a thread sealant is recommended for BSPT male to BSPT female connections.
Measure the BSPT male thread OD and female thread ID at the first full thread near the end of the fitting. 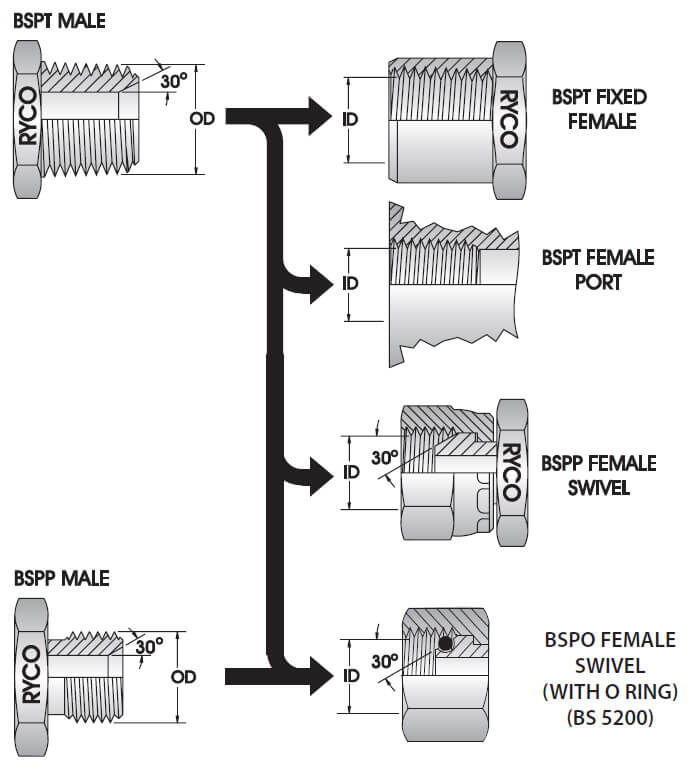 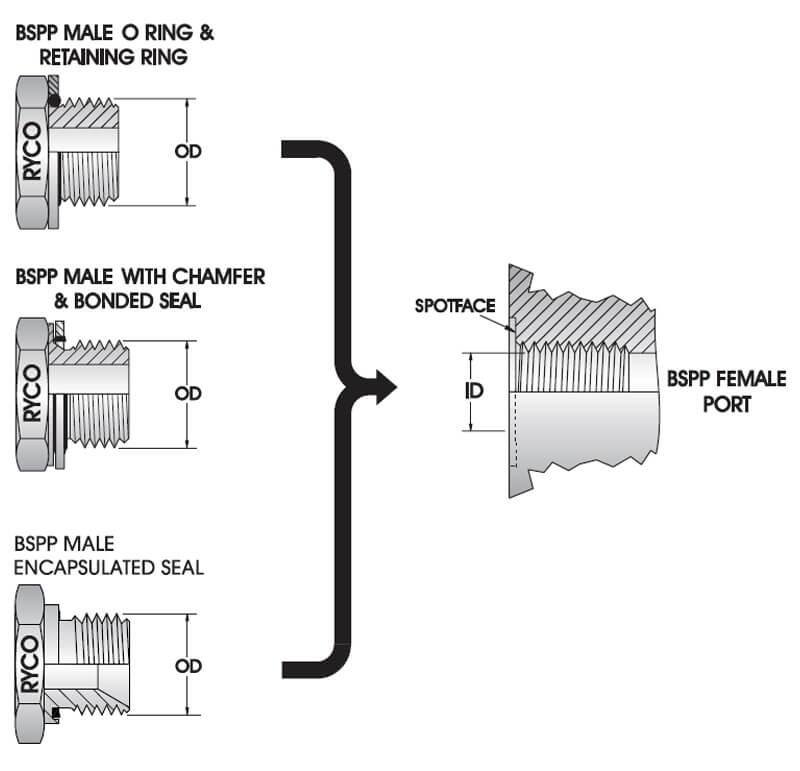