Metric DIN Threads
This DIN connection comes in a Light Series (DKL/DKOL) and a Heavy Series (DKS/DKOS). Some thread sizes in each series are the same, but the Tube OD of the Heavy Series is smaller and has a thicker tube wall. Because the tube and sealing cone are different sizes, Light and Heavy Series are NOT interchangeable.

The DIN male 24° internal cone seat will seal with flareless female swivel fittings. These female fittings use either a spherical nose (DKL/DKS) or an O Ring seal (DKOL/DKOS) located on their outward facing 24° cone. Female DKL sizes up to and including M26 have a universal 24°/60° cone and can be used in place of female DKM fittings with 60° cone.

The same male used with a metal Bonded Seal will mate with a DIN 3852-1 metric threaded port with spotface. 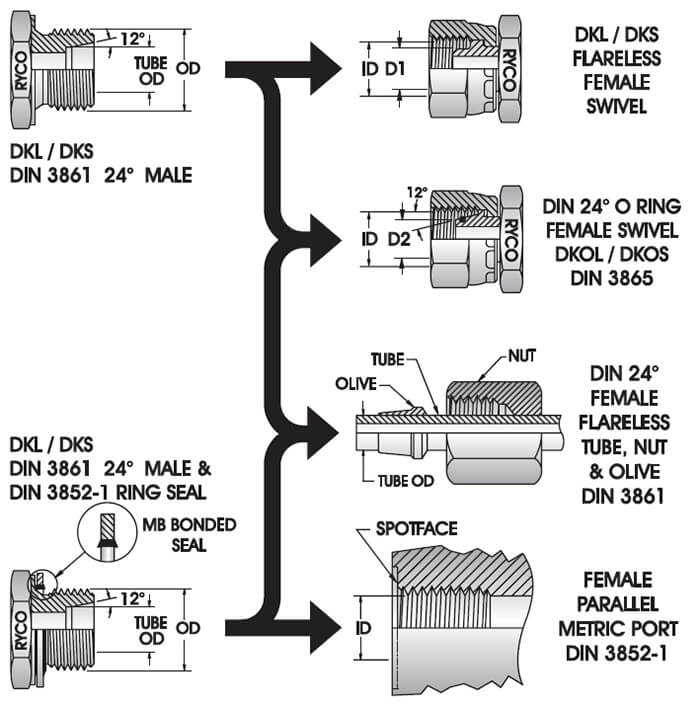